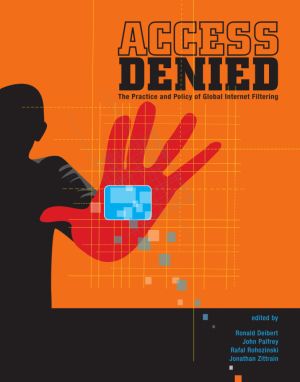 A study of Internet blocking and filtering around the world: analyses by leading researchers and survey results that document filtering practices in dozens of countries.

Many countries around the world block or filter Internet content, denying access to information that they deem too sensitive for ordinary citizens - most often about politics, but sometimes relating to sexuality, culture, or religion. Access Denied documents and analyzes Internet filtering practices in more than three dozen countries, offering the first rigorously conducted study of an accelerating trend.

Professional Web Accessibility Auditing Made Easy
Digital accessibility skills are in high demand, as the world becomes more aware of barriers in digital content that prevent some people from participating in a digital society. These are essential skills for web developers, and essential knowledge for organizations that want to ensure their web content is reaching the broadest audience possible. ...

Vessel Health and Preservation: The Right Approach for Vascular Access
This book offers updated and revised information on vessel health and preservation (VHP), a model concept first published in poster form in 2008 and in JVA in 2012, which has received a great deal of attention, especially in the US, UK and Australia. The book presents a model and a new way of thinking applied to vascular access and administration o...

Renewables for Energy Access and Sustainable Development in East Africa
This short open access book investigates the role of renewable energy in East Africa to provide policy-relevant inputs for the achievement of a cost-effective electrification process in the region. For each country, the authors review the current situation in the domestic power sector, adopt a GIS-based approach to plot renewable energy resources p...

Access to Online Resources
The book offers a concise guide for librarians, helping them understand the challenges, processes and technologies involved in managing access to online resources. After an introduction the book presents cases of general authentication and authorisation. It helps readers understand web based authentication and provides the fundamentals of IP addres...

Access Controlled
Internet filtering, censorship of Web content, and online surveillance are increasing in scale, scope, and sophistication around the world, in democratic countries as well as in authoritarian states. The first generation of Internet controls consisted largely of building firewalls at key Internet gateways; China's famous "Great Firewall o...