A Memory of Ice

The Antarctic Voyage of the Glomar Challenger 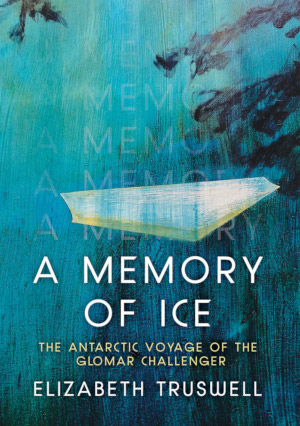 In the southern summer of 1972/73, the Glomar Challenger was the first vessel of the international Deep Sea Drilling Project to venture into the seas surrounding Antarctica, confronting severe weather and ever-present icebergs.

A Memory of Ice presents the science and the excitement of that voyage in a manner readable for non-scientists. Woven into the modern story is the history of early explorers, scientists and navigators who had gone before into the Southern Ocean. The departure of the Glomar Challenger from Fremantle took place 100 years after the HMS Challenger weighed anchor from Portsmouth, England, at the start of its four-year voyage, sampling and dredging the world's oceans. Sailing south, the Glomar Challenger crossed the path of James Cook's HMS Resolution, then on its circumnavigation of Antarctica in search of the Great South Land. Encounters with Lieutenant Charles Wilkes of the US Exploring Expedition and Douglas Mawson of the Australasian Antarctic Expedition followed. In the Ross Sea, the voyages of the HMS Erebus and HMS Terror under James Clark Ross, with the young Joseph Hooker as botanist, were ever present.

The story of the Glomar Challenger's iconic voyage is largely told through the diaries of the author, then a young scientist experiencing science at sea for the first time. It weaves together the physical history of Antarctica with how we have come to our current knowledge of the polar continent. This is an attractive, lavishly illustrated and curiosity-satisfying read for the general public as well as for scholars of science.

This open book is licensed under a Creative Commons License (CC BY-NC-ND). You can download A Memory of Ice ebook for free in PDF format (11.5 MB).

Illustrations
Preface
Acknowledgements
Glossary
Prologue
Chapter 1
To sea in search of the forests
Chapter 2
But first, the plateau
Chapter 3
Across the spreading ridge
Chapter 4
Crossing the path of HMS Challenger
Chapter 5
Encounter with Captain James Cook
Chapter 6
The memory of ice
Chapter 7
The continent's imprint
Chapter 8
Into the fabled sea
Chapter 9
Traces of the forest
Chapter 10
An intensity of green
Bibliography

The Bible in Buffalo Country
Arriving in the remote Arnhem Land Aboriginal settlement of Oenpelli (Gunbalanya) in 1925, Alf and Mary Dyer aimed to bring Christ to a former buffalo shooting camp and an Aboriginal population many whites considered difficult to control. The Bible in Buffalo Country: Oenpelli Mission 1925 - 1931 represents a snapshot of the tumultuous first six ye...

White-Collar Crime in the Shadow Economy
This book examines the magnitude, causes of, and reactions to white-collar crime, based on the theories and research of those who have uncovered various forms of white-collar crime. It argues that the offenders who are convicted represent only 'the tip of the iceberg' of a much greater problem: because white-collar crime is forced to comp...

The Cold War in the Classroom
This book explores how the socially disputed period of the Cold War is remembered in today's history classroom. Applying a diverse set of methodological strategies, the authors map the dividing lines in and between memory cultures across the globe, paying special attention to the impact the crisis-driven age of our present has on images of the...