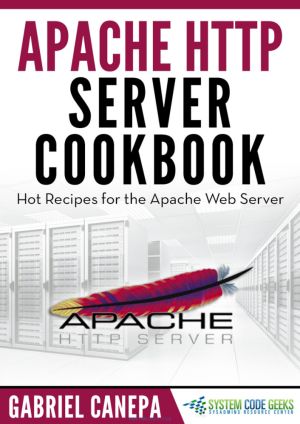 The Apache HTTP Server, colloquially called Apache, is the world's most used web server software. Originally based on the NCSA HTTPd server, development of Apache began in early 1995 after work on the NCSA code stalled. Apache played a key role in the initial growth of the World Wide Web, quickly overtaking NCSA HTTPd as the dominant HTTP server, and has remained most popular since April 1996. In 2009, it became the first web server software to serve more than 100 million websites.

Apache is developed and maintained by an open community of developers under the auspices of the Apache Software Foundation. Most commonly used on a Unix-like system (usually Linux), the software is available for a wide variety of operating systems besides Unix, including eComStation, Microsoft Windows, NetWare, OpenVMS, OS/2, and TPF. Released under the Apache License, Apache is free and open-source software.

In this open book, we provide a compilation of Apache HTTP Server tutorials that will help you get started with this web server. We cover a wide range of topics, from installing the server and performing a basic configuration, to configuring Virtual Hosts and SSL support. With our straightforward tutorials, you will be able to get your own projects up and running in minimum time.

This open book is licensed under a Open Publication License (OPL). You can download Apache HTTP Server Cookbook ebook for free in PDF format (3.5 MB).

Making Servers Work
This book highlights practical sysadmin skills, common architectures that you'll encounter, and best practices that apply to automating and running systems at any scale, from one laptop or server to 1,000 or more. It is intended to help orient you within the discipline, and hopefully encourages you to learn more about system administration....

The Express Handbook
Express is a Node.js Web Framework. Node.js is an amazing tool for building networking services and applications. Express builds on top of its features to provide easy to use functionality that satisfy the needs of the Web Server use case. The Express Handbook follows the 80/20 rule: learn in 20% of the time the 80% of a topic. The author find t...

The Node.js Handbook
Node.js is built on top of the Google Chrome V8 JavaScript engine, and it's mainly used to create web servers - but it's not limited to that. The Node.js Handbook follows the 80/20 rule: learn in 20% of the time the 80% of a topic. The author find this approach gives a well-rounded overview....

Learning Go
Go is a statically typed, compiled programming language designed at Google. It is an unofficial and free Go book created for educational purposes. All the content is extracted from Stack Overflow Documentation, which is written by many hardworking individuals at Stack Overflow....