The Alliance Politics of Nuclear Proliferation 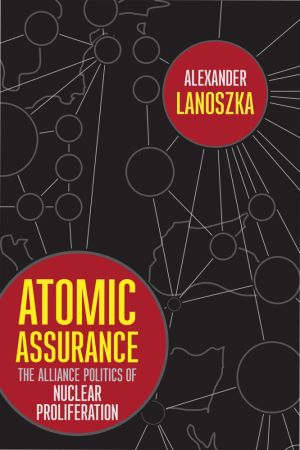 Alexander Lanoszka finds that military alliances are less useful in preventing allies from acquiring nuclear weapons than conventional wisdom suggests. Through intensive case studies of West Germany, Japan, and South Korea, as well as a series of smaller cases on Great Britain, France, Norway, Australia, and Taiwan, Atomic Assurance shows that it is easier to prevent an ally from initiating a nuclear program than to stop an ally that has already started one; in-theater conventional forces are crucial in making American nuclear guarantees credible; the American coercion of allies who started, or were tempted to start, a nuclear weapons program has played less of a role in forestalling nuclear proliferation than analysts have assumed; and the economic or technological reliance of a security-dependent ally on the United States works better to reverse or to halt that ally's nuclear bid than anything else.

This open book is licensed under a Creative Commons License (CC BY-NC-ND). You can download Atomic Assurance ebook for free in PDF format (11.5 MB).

The Future of Software Quality Assurance
This book, published to mark the 15th anniversary of the International Software Quality Institute (iSQI), is intended to raise the profile of software testers and their profession. It gathers contributions by respected software testing experts in order to highlight the state of the art as well as future challenges and trends. In addition, it covers...

Modern C
Modern C focuses on the new and unique features of modern C programming. The book is based on the latest C standards and offers an up-to-date perspective on this tried-and-true language. C is extraordinarily modern for a 50-year-old programming language. Whether you're writing embedded code, low-level system routines, or high-performance ap...

Nanoinformatics
This book brings out the state of the art on how informatics-based tools are used and expected to be used in nanomaterials research. There has been great progress in the area in which "big-data" generated by experiments or computations are fully utilized to accelerate discovery of new materials, key factors, and design rules. Data-intensi...