A Critical Guide to the Data, Methodologies, and Findings 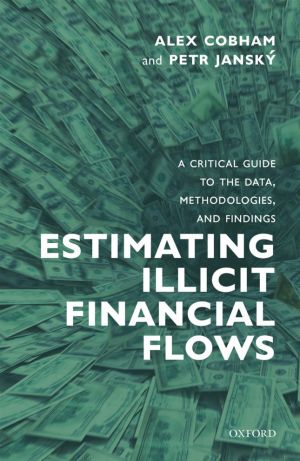 Illicit financial flows constitute a global phenomenon of massive but uncertain scale, which erodes government revenues and drives corruption in countries rich and poor. In 2015, the countries of the world committed to a target to reduce illicit flows, as part of the UN Sustainable Development Goals. But five years later, there is still no agreement on how that target should be monitored or how it will be achieved.

Illicit financial flows occur through many different channels, whether they involve laundering the proceeds of crime or shifting profits of multinational companies. These deliberately hidden cross-border movements of assets and income streams depend on a set of common tools including opaque company accounts, legal vehicles for anonymous ownership, and the secrecy jurisdictions that provide these series. The overall effect is to reduce the revenue available to states and to weaken the quality of governance - leading to less money to support human development, and a lower likelihood of funds being well spent.

Estimating Illicit Financial Flows: A Critical Guide to the Data, Methodologies, and Findings is authored by two of the economists most closely involved in the process to develop UN indicators of illicit financial flows. In it, they offer a critical survey of the existing data and methodologies, identifying the most promising avenues for future improvement and setting out their own proposals. They cover a range of corrupt practices aimed at obtaining immunity or impunity from criminal law, from market regulation, and from taxation.

This open book is licensed under a Creative Commons License (CC BY-NC-ND). You can download Estimating Illicit Financial Flows ebook for free in PDF format (3.1 MB).

Managing Elevated Risk
This book discusses the risks and opportunities that arise in Emerging Asia given the context of a new environment in global liquidity and capital flows. It elaborates on the need to ensure financial and overall economic stability in the region through improved financial regulation and other policy measures to minimize the emergent risks. "Man...

The Jingshan Report
The Jingshan Report is a collection of research papers on key issues for China's financial opening, including reform of the RMB exchange rate regime, management of cross-border capital flows and financial support for the Belt and Road Initiative. Authored by leading experts in the relevant fields, the report examines the evolution, current sta...