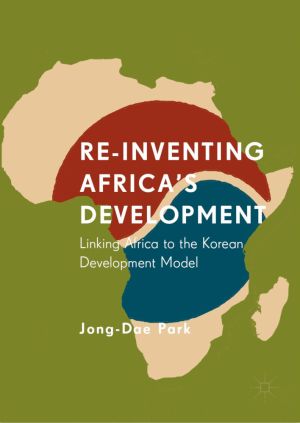 This book analyses the development problems of sub-Sahara Africa (SSA) from the eyes of a Korean diplomat with knowledge of the economic growth Korea has experienced in recent decades. The author argues that Africa's development challenges are not due to a lack of resources but a lack of management, presenting an alternative to the traditional view that Africa's problems are caused by a lack of leadership. In exploring an approach based on mind-set and nation-building, rather than unity - which tends to promote individual or party interests rather than the broader country or national interests - the author suggests new solutions for SSA's economic growth, inspired by Korea's successful economic growth model much of which is focused on industrialisation.

This book will be of interest to researchers, policymakers, NGOs and governmental bodies in economics, development and politics studying Africa's economic development, and Korea's economic growth model.

This open book is licensed under a Creative Commons License (CC BY). You can download Re-Inventing Africa's Development ebook for free in PDF format (4.2 MB).

Regional and Local Development in Times of Polarisation
Despite the emphasis of the European Regional Policy on territorial cohesion, regional disparities have been increasing within Europe in the past years. The metropolitan areas in almost all countries are considerably growing while regions outside of agglomerations are stagnating or even declining. Against this background this book aims to provide a...

Multiculturalism and Conflict Reconciliation in the Asia-Pacific
This edited collection focuses on theories, language and migration in relation to multiculturalism in Japan and the Asia-Pacific. Each chapter aims to provide alternative understandings to current conflicts that have arisen due to immigration and policies related to education, politics, language, work, citizenship and identity....

Renewables for Energy Access and Sustainable Development in East Africa
This short open access book investigates the role of renewable energy in East Africa to provide policy-relevant inputs for the achievement of a cost-effective electrification process in the region. For each country, the authors review the current situation in the domestic power sector, adopt a GIS-based approach to plot renewable energy resources p...

New Vision 2050
This book presents the "New Vision 2050," which adds the concept of the "platinum society" to the "Vision 2050".The 20th century was a century in which energy led the development of material civilization, resulting in deletion of resources, global warming and climate change. What form should sustainable material and en...

Understanding the Bigger Energy Picture
This book focuses on the global cycles of energy, water and carbon, which are not only the essentials of our main energy carriers, the fossil fuels, but are also the building blocks of life. The book offers an overview of the basic scientific facts and relationships that are needed to understand today's energy generation and use, how they relate to...