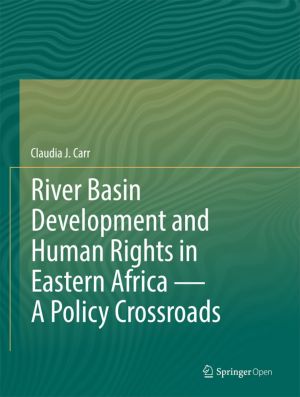 This book offers a devastating look at deeply flawed development processes driven by international finance, African governments and the global consulting industry. It examines major river basin development underway in the semi-arid borderlands of Ethiopia, Kenya and South Sudan and its disastrous human rights consequences for a half-million indigenous people. The volume traces the historical origins of Gibe III megadam construction along the Omo River in Ethiopia—in turn, enabling irrigation for commercial-scale agricultural development and causing radical reduction of downstream Omo and (Kenya's) Lake Turkana waters. Presenting case studies of indigenous Dasanech and northernmost Turkana livelihood systems and Gibe III linked impacts on them, the author predicts agropastoral and fishing economic collapse, region-wide hunger with exposure to disease epidemics, irreversible natural resource destruction and cross-border interethnic armed conflict spilling into South Sudan. The book identifies fundamental failings of government and development bank impact assessments, including their distortion or omission of mandated transboundary assessment, cumulative effects of the Gibe III dam and its linked Ethiopia-Kenya energy transmission 'highway' project, key hydrologic and human ecological characteristics, major earthquake threat in the dam region and widespread expropriation and political repression. Violations of internationally recognized human rights, especially by the Ethiopian government but also the Kenyan government, are extensive and on the increase—with collaboration by the development banks, in breach of their own internal operational procedures. A policy crossroads has now emerged. The author presents the alternative to the present looming catastrophe—consideration of development suspension in order to undertake genuinely independent transboundary assessment and a plan for continued development action within a human rights framework—forging a sustainable future for the indigenous peoples now directly threatened and for their respective eastern Africa states.
Claudia Carr's book is a treasure of detailed information gathered over many years concerning river basin development of the Omo River in Ethiopia and its impact on the peoples of the lower Omo Basin and the Lake Turkana region in Kenya. It contains numerous maps, charts, and photographs not previously available to the public. The book is highly critical of the environmental and human rights implications of the Omo River hydropower projects on both the local ethnic communities in Ethiopia and on the downstream Turkana in Kenya.

This open book is licensed under a Creative Commons License (CC BY-NC). You can download River Basin Development and Human Rights in Eastern Africa — A Policy Crossroads ebook for free in PDF format (25.8 MB).

Sustainable Development Goals and Human Rights
This free book analyses the interplay of sustainable development and human rights from different perspectives including fight against poverty, health, gender equality, working conditions, climate change and the role of private actors. Each aspect is addressed from a more human rights-focused angle and a development-policy angle. This allows compari...