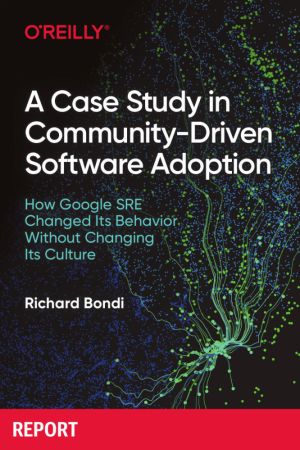 How Google SRE Changed Its Behavior Without Changing Its Culture

Within an SRE organization, teams usually develop very different automation tools and processes for accomplishing similar tasks. Some of this can be explained by the software they support: different systems require different reliability solutions. But many SRE tasks are essentially the same across all software: compiling, building, deploying, canarying, load testing, managing traffic, monitoring, and so on. There are two puzzles here: why does this diversity exist, and how can it be overcome so that SRE teams stop duplicating their development efforts?

Richard Bondi has been an engineer at Google since 2011, specializing in the entire web stack and working on travel applications. In 2016 he converted to SRE, and then joined the SRE tech writer team. Before Google, and after leaving his political philosophy PhD program to join the first of many internet startups, he wrote a book on the Microsoft CryptoAPI, published by John Wiley & Sons, Inc.

This open book is licensed under a Creative Commons License (CC BY). You can download A Case Study in Community-Driven Software Adoption ebook for free in PDF format (4.9 MB).

A Case Study in Community-Driven Software Adoption
The Mystery of Sisyphus
Challenge 1: The Red Queen
Challenge 2: The Curse of Autonomy
Overcoming the Challenges
Success and Its Costs
An Actionable Takeaway

The spread of the Internet into all areas of business activities has put a particular focus on business models. The digitalization of business processes is the driver of changes in company strategies and management practices alike. This textbook provides a structured and conceptual approach, allowing students and other readers to understand the com...

Digital Technology and the Practices of Humanities Research

How does technology impact research practices in the humanities? How does digitisation shape scholarly identity? How do we negotiate trust in the digital realm? What is scholarship, what forms can it take, and how does it acquire authority? This diverse set of essays demonstrate the importance of asking such questions, bringing together establis...

This book discusses the important issue of the socioeconomic and environmental impacts of agricultural residue burning, common in agricultural practices in many parts of the world. In particular, it focuses on the pollution caused by rice residue burning using primary survey data from Punjab, India. It discusses emerging solutions to agricultural w...

This book approaches the study of critical care with teaching in mind. In medicine "teachable moments" usually occur in clinical context, where the engagement in a real case exemplifies principles of diagnosis or therapy. In order to replicate the teaching method, selected cases are presented within each chapter offering the reader an opp...

This open access monograph provides sociological insight into governmental action on the administration of asylum in the European context. It offers an in-depth understanding of how decision-making officials encounter and respond to structural contradictions in the asylum procedure produced by diverging legal, political, and administrative objectiv...