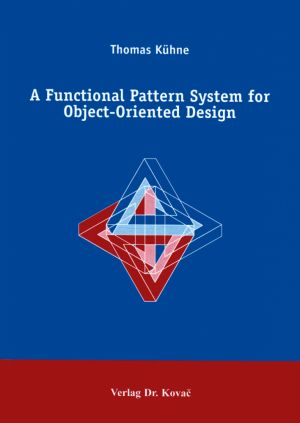 In their "Related Patterns" sections the patterns refer to each other and to many other published design patterns. Each of the relevant areas (object-orientation, functional programming, design patterns) is introduced in the first part of the book. This part also compares the functional and object-oriented paradigms both in terms of concepts and on a calculus level. The second part presents the functional pattern system. This system should be beneficial to software practitioners since it integrates the functional paradigm into object-oriented software design. Hence, advantages which have been primarily available in functional languages can be used in object-oriented languages as well. Even when some functional concepts have been partially established in object-oriented software already, they can now be understood as specialised uses of more general function patterns. This practical aspect is complemented by a theoretical account of multi-paradigm language design. An evaluation of the pattern system for its implications on language design in the third part is concluded by proposing a new distribution of responsibilities between languages and their environments.

The book uses the Eiffel programming language to illustrate the patterns with running sample code. It includes a critical review of the Eiffel language in terms of its suitability as a functional pattern implementation language.

This open book is licensed under a Open Publication License (OPL). You can download A Functional Pattern System for Object-Oriented Design ebook for free in PDF format (2.2 MB).

Learning C#
C# is a general-purpose, modern and object-oriented programming language pronounced as "C sharp". It is an unofficial and free C# ebook created for educational purposes. All the content is extracted from Stack Overflow Documentation, which is written by many hardworking individuals at Stack Overflow....

Rexx Programmer's Reference
Originally developed for mainframes but highly portable across platforms-from servers to desktops to handhelds-Rexx is an easy yet powerful scripting language that's widely used for rapid application development. Covers Rexx interpreters for specialized functions-object-oriented, mainframe, and handheld. There are 8 different free Rexx i...

OOP - Learn Object Oriented Thinking and Programming
You can find a whole range of programming textbooks intended for complete beginners. However, this one is exceptional to certain extent. The whole textbook is designed as a record of the dialogue of the author with his daughter who wants to learn programming. The author endeavors not to explain the Java programming language to the readers, but to t...