A Poetics of Plot for the Twenty-First Century 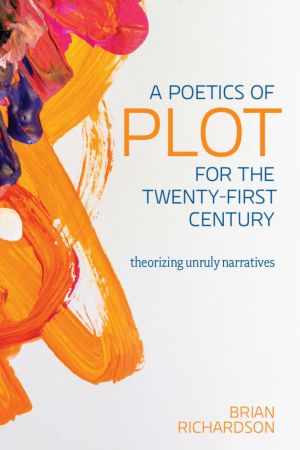 Story, in the largest sense of the term, is arguably the single most important aspect of narrative. But with the proliferation of antimimetic writing, traditional narrative theory has been inadequate for conceptualizing and theorizing a vast body of innovative narratives. In A Poetics of Plot for the Twenty-First Century: Theorizing Unruly Narratives, Brian Richardson proposes a new model for evaluating literature - returning to the basis of narrative theory to illuminate how authors play with and help clarify the boundaries of narrative theory. While he focuses on late modernist, postmodern, and contemporary narratives, the study also includes many earlier works, spanning from Aristophanes and Shakespeare through James Joyce and Virginia Woolf to Salman Rushdie and Angela Carter.

By exploring fundamental questions about narrative, Richardson provides a detailed, nuanced, and comprehensive theory that includes neglected categories of storytelling and significantly enhances our treatment of traditional areas of analysis. Ultimately, this book promises to transform and expand the study of story and plot.

This open book is licensed under a Creative Commons License (CC BY-NC-ND). You can download A Poetics of Plot for the Twenty-First Century ebook for free in PDF format (4.0 MB).

Writing Manuals for the Masses
This open collection of essays examines the literary advice industry since its emergence in Anglo-American literary culture in the mid-nineteenth century within the context of the professionalization of the literary field and the continued debate on creative writing as art and craft. Often dismissed as commercial and stereotypical by authors and sp...

Audacious Education Purposes
This book offers a comparative study of eight ambitious national reforms that sought to create opportunities for students to gain the necessary breath of skills to thrive in a rapidly changing world. It examines how national governments transform education systems to provide students opportunities to develop such skills. It analyses comprehensive e...