Exile and Displacement in Late Antiquity 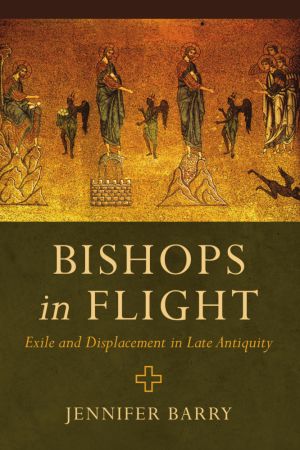 Flight during times of persecution has a long and fraught history in early Christianity. In the third century, bishops who fled were considered cowards or, worse yet, heretics. On the face, flight meant denial of Christ and thus betrayal of faith and community. But by the fourth century, the terms of persecution changed as Christianity became the favored cult of the Roman Empire. Prominent Christians who fled and survived became founders and influencers of Christianity over time.

Bishops in Flight examines the various ways these episcopal leaders both appealed to and altered the discourse of Christian flight to defend their status as purveyors of Christian truth, even when their exiles appeared to condemn them. Their stories illuminate how profoundly Christian authors deployed theological discourse and the rhetoric of heresy to respond to the phenomenal political instability of the fourth and fifth centuries.

This open book is licensed under a Creative Commons License (CC BY-SA). You can download Bishops in Flight ebook for free in PDF format (12.9 MB).

Astronautics
This introductory text covers all the key concepts, relationships, and ideas behind spaceflight and is the perfect companion for students pursuing courses on or related to astronautics. As a crew member of the STS-55 Space Shuttle mission and a full professor of astronautics at the Technical University of Munich, Ulrich Walter is an acknowledged ex...

Bayesian Methods in the Search for MH370
This book demonstrates how nonlinear/non-Gaussian Bayesian time series estimation methods were used to produce a probability distribution of potential MH370 flight paths. It provides details of how the probabilistic models of aircraft flight dynamics, satellite communication system measurements, environmental effects and radar data were constructed...