The Life and Times of Stephen Graham 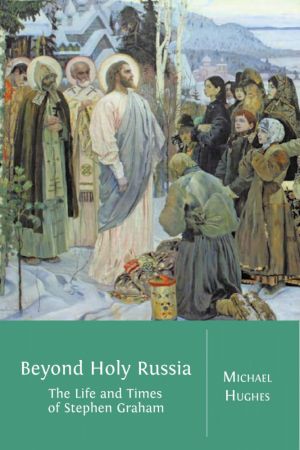 This biography examines the long life of the traveller and author Stephen Graham. Graham walked across large parts of the Tsarist Empire in the years before 1917, describing his adventures in a series of books and articles that helped to shape attitudes towards Russia in Britain and the United States. In later years he travelled widely across Europe and North America, meeting some of the best known writers of the twentieth century, including H.G. Wells and Ernest Hemingway. Graham also wrote numerous novels and biographies that won him a wide readership on both sides of the Atlantic. This book traces Graham's career as a world traveller, and provides a rich portrait of English, Russian and American literary life in the first half of the twentieth century. It also examines how many aspects of his life and writing coincide with contemporary concerns, including the development of New Age spirituality and the rise of environmental awareness.

Beyond Holy Russia is based on extensive research in archives of private papers in Britain and the USA and on the many works of Graham himself. The author describes with admirable tact and clarity Graham's heterodox and convoluted spiritual quest. The result is a fascinating portrait of a man who was for many years a significant literary figure on both sides of the Atlantic.

This open book is licensed under a Creative Commons License (CC BY). You can download Beyond Holy Russia ebook for free in PDF format (22.5 MB).

Life Histories of Etnos Theory in Russia and Beyond
The idea of etnos came into being over a hundred years ago as a way of understanding the collective identities of people with a common language and shared traditions. In the twentieth century, the concept came to be associated with Soviet state-building, and it fell sharply out of favour. Yet outside the academy, etnos-style arguments not only pers...

Mobilities, Boundaries, and Travelling Ideas
This collection brings together a variety of anthropological, historical and sociological case studies from Central Asia and the Caucasus to examine the concept of translocality. The chapters scrutinize the capacity of translocality to describe, in new ways, the multiple mobilities, exchange practices and globalizing processes that link places, peo...

Russia's Turn to the East
This book explores if and how Russian policies towards the Far East region of the country – and East Asia more broadly – have changed since the onset of the Ukraine crisis and Russia's annexation of Crimea. Following the 2014 annexation and the subsequent enactment of a sanctions regime against the country, the Kremlin has emphasized the e...

Access Controlled
Internet filtering, censorship of Web content, and online surveillance are increasing in scale, scope, and sophistication around the world, in democratic countries as well as in authoritarian states. The first generation of Internet controls consisted largely of building firewalls at key Internet gateways; China's famous "Great Firewall o...