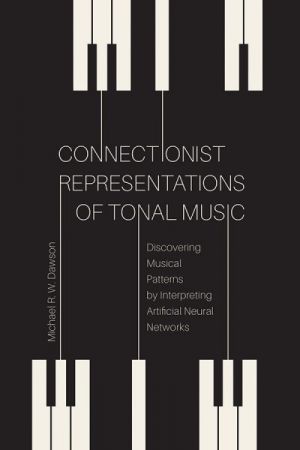 Intended to introduce readers to the use of artificial neural networks in the study of music, this volume contains numerous case studies and research findings that address problems related to identifying scales, keys, classifying musical chords, and learning jazz chord progressions. A detailed analysis of the internal structure of trained networks could yield important contributions to the field of music cognition.

This open book is licensed under a Creative Commons License (CC BY-NC-ND). You can download Connectionist Representations of Tonal Music ebook for free in PDF format (13.3 MB).

Representations of Transnational Human Trafficking
This open access edited collection examines representations of human trafficking in media ranging from British and Serbian newspapers, British and Scandinavian crime novels, and a documentary series, and questions the extent to which these portrayals reflect the realities of trafficking. It tackles the problematic tendency to under-report particula...

The Haskell School of Music
This free book explores the fundamentals of computer music and functional programming through the Haskell programming language. Functional programming is typically considered difficult to learn. This introduction in the context of creating music will allow students and professionals with a musical inclination to leverage their experience to help un...

The Sword of Judith
The Book of Judith tells the story of a fictitious Jewish woman beheading Holofernes, the general of a powerful army, to free her people. The story has fascinated artists and authors for centuries, and is becoming a major field of research in its own right. The Sword of Judith is the first multidisciplinary collection of essays to discuss repres...

Musical Haptics
This book offers an original interdisciplinary overview of the role of haptic feedback in musical interaction. Divided into two parts, part I examines the tactile aspects of music performance and perception, discussing how they affect user experience and performance in terms of usability, functionality and perceived quality of musical instruments. ...

The Youth of Early Modern Women
Through fifteen essays that work from a rich array of primary sources, this collection makes the novel claim that early modern European women, like men, had a youth. European culture recognised that, between childhood and full adulthood, early modern women experienced distinctive physiological, social, and psychological transformations. Drawing on ...