The Sword of Judith

Judith Studies Across the Disciplines 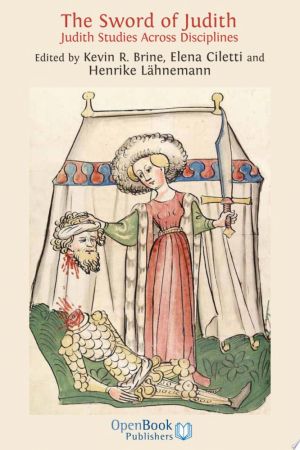 The Book of Judith tells the story of a fictitious Jewish woman beheading Holofernes, the general of a powerful army, to free her people. The story has fascinated artists and authors for centuries, and is becoming a major field of research in its own right.

The Sword of Judith is the first multidisciplinary collection of essays to discuss representations of Judith throughout the centuries. Bringing together scholars from around the world, it transforms our understanding of Judith's enduring story across a wide range of disciplines. The book includes sections on Judith in Christian, Jewish and secular textual traditions, as well as representations of Judith in art, music and theatre. The collection includes new archival source studies and the translation of unpublished manuscripts and texts previously unavailable in English.

This open book is licensed under a Creative Commons License (CC BY-NC-ND). You can download The Sword of Judith ebook for free in PDF format (9.4 MB).

Circular Migration and the Rights of Migrant Workers in Central and Eastern Europe
This open book adopts a rights-based approach to shed light on the different legal and policy instruments that have been developed to implement circular migration policies in the EU, and their consequences for the rights of migrant workers. It contributes to the understanding of the meaning of this concept in general and in the EU, as well as speci...