Social Inequality, Childhood and the Media

A Longitudinal Study of the Mediatization of Socialisation 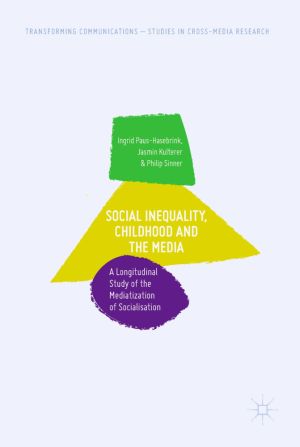 This book presents a qualitative longitudinal panel-study on child and adolescent socialisation in socially disadvantaged families. The study traces how children and their parents make sense of media within the context of their everyday life over twelve years (from 2005 to 2017) and provides a unique perspective on the role of different socialisation contexts, drawing on rich data from a broad range of qualitative methods. Using a theoretical framework and methodological approach that can be applied transnationally, it sheds light on the complex interplay of factors which shape children's socialisation and media usage in multiple ways.

This open book is licensed under a Creative Commons License (CC BY). You can download Social Inequality, Childhood and the Media ebook for free in PDF format (4.7 MB).

Papua New Guinea
Papua New Guinea (PNG), a nation of now almost nine million people, continues to evolve and adapt. While there is no shortage of recent data and research on PNG, the two most recent social science volumes on the country were both written more than a decade ago. Since then, much has changed and much has been learnt. What has been missing is a volume...

Towards a Comparative Analysis of Social Inequalities between Europe and Latin America
This open volume identifies the common and specific aspects of social mechanisms that generate inequalities, through comparative analyses of different dimensions in which inequalities are expressed. It includes studies on social inequalities in 5 European and 5 Latin American countries, along 11 thematic axes: inequalities in the labour market and ...