The Cold War in the Classroom 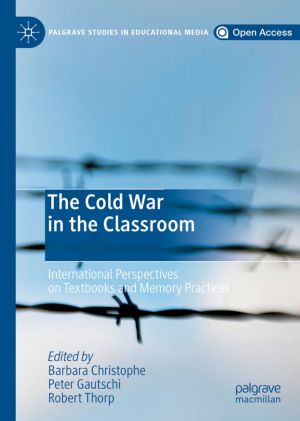 This book explores how the socially disputed period of the Cold War is remembered in today's history classroom. Applying a diverse set of methodological strategies, the authors map the dividing lines in and between memory cultures across the globe, paying special attention to the impact the crisis-driven age of our present has on images of the past. Authors analysing educational media point to ambivalence, vagueness and contradictions in textbook narratives understood to be echoes of societal and academic controversies. Others focus on teachers and the history classroom, showing how unresolved political issues create tensions in history education. They render visible how teachers struggle to handle these challenges by pretending that what they do is 'just history'. The contributions to this book unveil how teachers, backgrounding the political inherent in all memory practices, often nourish the illusion that the history in which they are engaged is all about addressing the past with a reflexive and disciplined approach.

This open book is licensed under a Creative Commons License (CC BY). You can download The Cold War in the Classroom ebook for free in PDF format (5.9 MB).

American Labour's Cold War Abroad
During the Cold War, American labour organizations were at the centre of the battle for the hearts and minds of working people. At a time when trade unions were a substantial force in both American and European politics, the fiercely anti-communist American Federation of Labor - Congress of Industrial Organizations (AFL - CIO), set a strong example...

The Form of Ideology and the Ideology of Form
This timely volume focuses on the period of decolonization and the Cold War as the backdrop to the emergence of new and diverse literary aesthetics that accompanied anti-imperialist commitments and Afro-Asian solidarity. Competing internationalist frameworks produced a flurry of writings that made Asian, African and other world literatures visible ...