The fish that couldn't swim 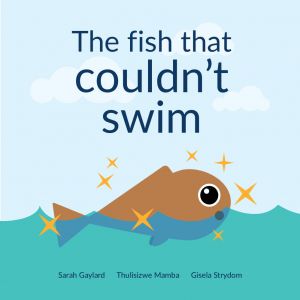 Have you ever heard of a fish that can't swim?

A boy who can run, jump, and climb but cannot swim brings a fish to life and learns from it.

This open book is licensed under a Creative Commons License (CC BY). You can download The fish that couldn't swim ebook for free in PDF format (1.1 MB).

The Computers That Made Britain
The home computer boom of the 1980s brought with it now iconic machines such as the ZX Spectrum, BBC Micro, and Commodore 64. Those machines would inspire a generation. Written by Tim Danton. The Computers That Made Britain (300 pages, hardback) tells the story of 19 of those computers - and what happened behind the scenes. With dozens of new in...

The Bluefin Tuna Fishery in the Bay of Biscay
This book is an original contribution to the knowledge on fishing and research associated with one of the most enigmatic fish of our seas: bluefin tuna, Thunnus thynnus (L.). Based on available evidence, it reconstructs the possible methods used to catch large spawners in the Strait of Gibraltar thousands of years ago and describes the much more re...

The European Landing Obligation
This book provides a comprehensive examination of the European Landing Obligation policy from many relevant perspectives. It includes evaluations of its impacts at economical, socio-cultural, ecological and institutional levels. It also discusses the feasibility and benefits of several potential mitigation strategies. The book was timely published,...

Hanging on to the Edges
What does it mean to be a scientist working today; specifically, a scientist whose subject matter is human life? Scientists often overstate their claim to certainty, sorting the world into categorical distinctions that obstruct rather than clarify its complexities. In this book Daniel Nettle urges the reader to unpick such distinctions - biological...

The Internet Myth
The Internet Myth retraces and challenges the myth laying at the foundations of the network ideologies - the idea that networks, by themselves, are the main agents of social, economic, political and cultural change. By comparing and integrating different sources related to network histories, this book emphasizes how a dominant narrative has extensi...