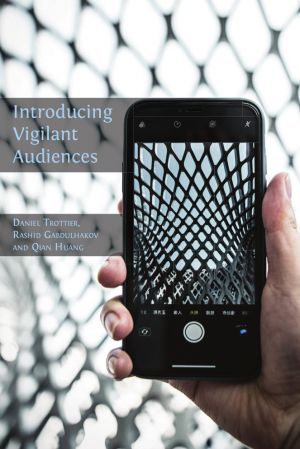 This ground-breaking collection of essays examines the scope and consequences of digital vigilantism - a phenomenon emerging on a global scale, which sees digital audiences using social platforms to shape social and political life. Longstanding forms of moral scrutiny and justice seeking are disseminated through our contemporary media landscape, and researchers are increasingly recognising the significance of societal impacts effected by digital media.

The authors engage with a range of cross-disciplinary perspectives in order to explore the actions of a vigilant digital audience - denunciation, shaming, doxing - and to consider the role of the press and other public figures in supporting or contesting these activities. In turn, the volume illuminates several tensions underlying these justice seeking activities - from their capacity to reproduce categorical forms of discrimination, to the diverse motivations of the wider audiences who participate in vigilant denunciations.

This timely volume presents thoughtful case studies drawn both from high-profile Anglo-American contexts, and from developments in regions that have received less coverage in English-language scholarship. It is distinctive in its focus on the contested boundary between policing and entertainment, and on the various contexts in which the desire to seek retribution converges with the desire to consume entertainment.

Introducing Vigilant Audiences will be of great value to researchers and students of sociology, politics, criminology, critical security studies, and media and communication. It will be of further interest to those who wish to understand recent cases of citizen-led justice seeking in their global context.

This open book is licensed under a Creative Commons License (CC BY). You can download Introducing Vigilant Audiences ebook for free in PDF format (11.5 MB).

Introducing Microsoft Power BI
Introducing Microsoft Power BI enables you to evaluate when and how to use Power BI. Get inspired to improve business processes in your company by leveraging the available analytical and collaborative features of this environment. This book is targeted to a variety of readers. There are information workers and people who are totally new to the B...

Trade Unions on YouTube
This book investigates how trade unions representing different social classes use YouTube videos for renewal purposes. Information and communication technology has undoubtedly offered new opportunities for social movements, but while research suggests that these new means of communication can be used for trade union revitalization, few studies hav...

Achieving Viability for Public Service Media in Challenging Settings
In the face of challenges posed by a shifting digital media landscape, an array of international bodies continue to endorse public service media (PSM) as an essential component of democratisation. Yet how can PSM achieve viability in settings where models of media independence and credibility are unfamiliar or rejected by political leaders? The ...

Code Club Book of Scratch
The first ever Code Club book is here! With it, you'll learn how to code using Scratch, the block-based programming language. In each chapter you'll find instructions to build cool games, animations, and interactive stories. Your friendly robot guide will aid you step-by-step through each project and give you handy tips along the way. ...

Rewilding European Landscapes
Some European lands have been progressively alleviated of human pressures, particularly traditional agriculture in remote areas. This book proposes that this land abandonment can be seen as an opportunity to restore natural ecosystems via rewilding. We define rewilding as the passive management of ecological successions having in mind the long-term...