Norwegian Shipping in the 20th Century

Norway's Successful Navigation of the World's Most Global Industry 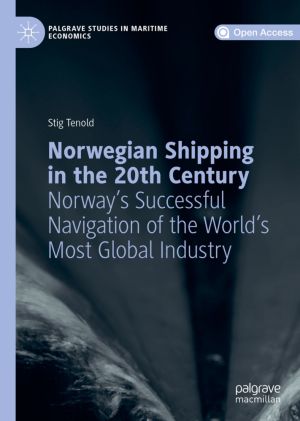 This book discusses how Norwegian shipping companies played a crucial role in global shipping markets in the 20th century, at times transporting more than ten per cent of world seaborne trade. Chapters explore how Norway managed to remain competitive, despite being a high labour-cost country in an industry with global competition. Among the features that are emphasised are market developments, business strategies and political decisions

The Norwegian experience was shaped by the main breaking points in 20th century world history, such as the two world wars, and by long-term trends, such as globalization and liberalization. The shipping companies introduced technological and organizational innovations to build or maintain a competitive advantage in a rapidly changing world.

The growing importance of offshore petroleum exploration in the North Sea from the 1970s was both a threat and an opportunity to the shipping companies. By adapting both business strategies and the political regime to the new circumstances, the Norwegian shipping sector managed to maintain a leading position internationally.

This open book is licensed under a Creative Commons License (CC BY-NC-ND). You can download Norwegian Shipping in the 20th Century ebook for free in PDF format (3.5 MB).

Healthy Minds in the Twentieth Century
This open access edited collection contributes a new dimension to the study of mental health and psychiatry in the twentieth century. It takes the present literature beyond the 'asylum and after' paradigm to explore the multitude of spaces that have been permeated by concerns about mental well-being and illness. The chapters in this volum...

Shipping and Globalization in the Post-War Era
This free book belongs to the Maritime Business and Economic History strand of the Palgrave Studies in Maritime Economics book series.This volume highlights the contribution of the shipping industry to the transformations in business and society of the postwar era. Shipping was both an example and an engine of globalization and structural change. I...