Psychiatry and the Legacies of Eugenics

Historical Studies of Alberta and Beyond 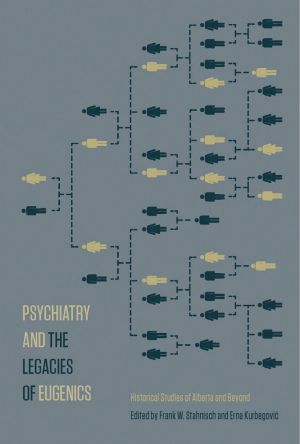 From 1928 to 1972, the Alberta Sexual Sterilization Act, Canada's lengthiest eugenic policy, shaped social discourses and medical practice in the province. Sterilization programs - particularly involuntary sterilization programs - were responding both nationally and internationally to social anxieties produced by the perceived connection between mental degeneration and heredity. Psychiatry and the Legacies of Eugenics illustrates how the emerging field of psychiatry and its concerns about inheritable conditions was heavily influenced by eugenic thought and contributed to the longevity of sterilization practices in Western Canada.

Using institutional case studies, biographical accounts, and media developments from Western Canada and Europe, contributors trace the impact of eugenics on nursing practices, politics, and social attitudes, while investigating the ways in which eugenics discourses persisted unexpectedly and remained mostly unexamined in psychiatric practice. This volume further extends historical analysis into considerations of contemporary policy and human rights issues through a discussion of disability studies as well as compensation claims for victims of sterilization. In impressive detail, contributors shed new light on the medical and political influences of eugenics on psychiatry at a key moment in the field's development.

This open book is licensed under a Creative Commons License (CC BY-NC-ND). You can download Psychiatry and the Legacies of Eugenics ebook for free in PDF format (27.7 MB).

Iberian World Empires and the Globalization of Europe 1415–1668
This book analyses Iberian expansion by using knowledge accumulated in recent years to test some of the most important theories regarding Europe's economic development. Adopting a comparative perspective, it considers the impact of early globalization on Iberian and Western European institutions, social development and political economies. In ...