The State of Peacebuilding in Africa

Lessons Learned for Policymakers and Practitioners 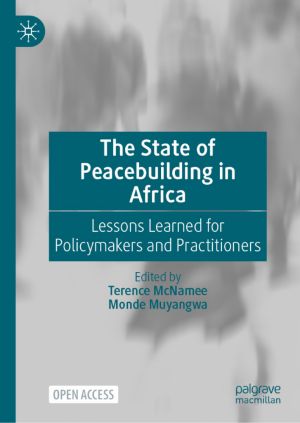 This open book on the state of peacebuilding in Africa brings together the work of distinguished scholars, practitioners, and decision makers to reflect on key experiences and lessons learned in peacebuilding in Africa over the past half century. The core themes addressed by the contributors include conflict prevention, mediation, and management; post-conflict reconstruction, justice and Disarmament Demobilization and Reintegration; the role of women, religion, humanitarianism, grassroots organizations, and early warning systems; and the impact of global, regional, and continental bodies. The book's thematic chapters are complemented by six country/region case studies: The Democratic Republic of Congo, Rwanda, Sierra Leone, Sudan/South Sudan, Mozambique and the Sahel/Mali. Each chapter concludes with a set of key lessons learned that could be used to inform the building of a more sustainable peace in Africa. The State of Peacebuilding in Africa was born out of the activities of the Southern Voices Network for Peacebuilding (SVNP), a Carnegie-funded, continent-wide network of African organizations that works with the Wilson Center to bring African knowledge and perspectives to U.S., African, and international policy on peacebuilding in Africa. The research for this book was made possible by a grant from Carnegie Corporation of New York.

Terence McNamee is Global Fellow at the Woodrow Wilson International Center Scholars, based in South Africa. Educated in his native Canada and the UK, he has written and worked on development, governance and security issues for more than two decades, mainly in Africa.

This open book is licensed under a Creative Commons License (CC BY). You can download The State of Peacebuilding in Africa ebook for free in PDF format (5.4 MB).

The EU and China in African Authoritarian Regimes
This book analyses the domestic politics of African dominant party regimes, most notably African governments' survival strategies, to explain their variance of opinions and responses towards the reforming policies of the EU. The author discredits the widespread assumption that the growing presence of China in Africa has made the EU's task...