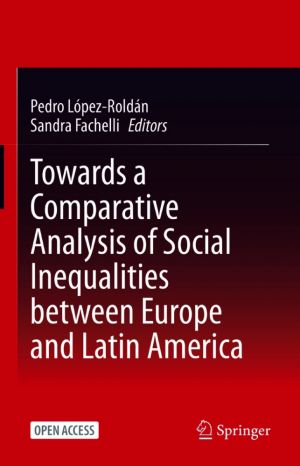 This open book is licensed under a Creative Commons License (CC BY). You can download Towards a Comparative Analysis of Social Inequalities between Europe and Latin America ebook for free in PDF format (12.5 MB).

The Leap of Faith
This book examines the evolution of the relationship between taxpayers and their states in Sweden, Italy, the United Kingdom, the United States, and Romania, and asks why tax compliance is so much higher in some countries than others. The book shows that successful states have built strong administrative capacities, tax citizens fairly and equitabl...

Modern Mathematics Education for Engineering Curricula in Europe
This book provides a comprehensive overview of the core subjects comprising mathematical curricula for engineering studies in five European countries and identifies differences between two strong traditions of teaching mathematics to engineers. The collective work of experts from a dozen universities critically examines various aspects of higher ma...

Atlas of Challenges and Opportunities in European Neighbourhoods
This atlas provides a macro-regional overview of the areas that surround the European Union, from the Sahara to the Middle East, Western Balkans to European Russia, Turkey to the Arctic. Detailing key socio-economic data as well as developmental trends, the maps provide a comprehensive territorial analysis at a local scale and explore the potential...