Perceptions of the Independence of Judges in Europe

Congruence of Society and Judiciary 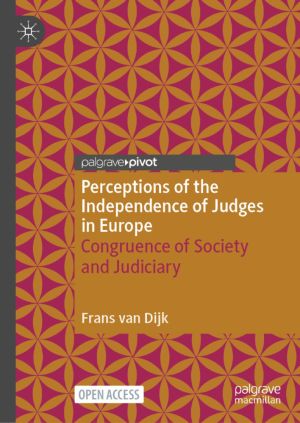 Frans van Dijk is Professor of Empirical Analysis of Legal Systems at the Montaigne Centre for Rule of Law and Administration of Justice, Utrecht University, The Netherlands.

This open book is licensed under a Creative Commons License (CC BY). You can download Perceptions of the Independence of Judges in Europe ebook for free in PDF format (2.4 MB).