Photography in the Third Reich 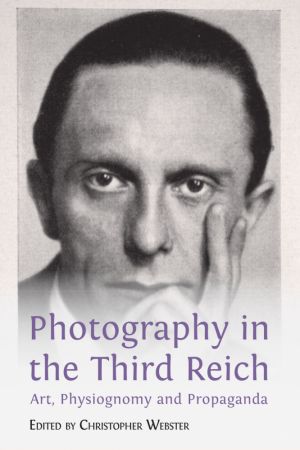 This lucid and comprehensive collection of essays by an international group of scholars constitutes a photo-historical survey of select photographers who embraced National Socialism during the Third Reich. These photographers developed and implemented physiognomic and ethnographic photography, and, through a Selbstgleichschaltung (a self-co-ordination with the regime), continued to practice as photographers throughout the twelve years of the Third Reich.

The volume explores, through photographic reproductions and accompanying analysis, diverse aspects of photography during the Third Reich, ranging from the influence of Modernism, the qualitative effect of propaganda photography, and the utilisation of technology such as colour film, to the photograph as ideological metaphor. With an emphasis on the idealised representation of the German body and the role of physiognomy within this representation, the book examines how select photographers created and developed a visual myth of the 'master race' and its antitheses under the auspices of the Nationalist Socialist state.

Photography in the Third Reich approaches its historical source photographs as material culture, examining their production, construction and proliferation. This detailed and informative text will be a valuable resource not only to historians studying the Third Reich, but to scholars and students of film, history of art, politics, media studies, cultural studies and holocaust studies.

This open book is licensed under a Creative Commons License (CC BY). You can download Photography in the Third Reich ebook for free in PDF format (50.7 MB).