The Foundations of Hip-Hop Encyclopedia 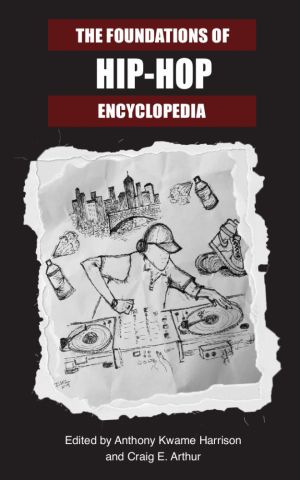 Deejaying, emceeing, graffiti writing, and breakdancing. Together, these artistic expressions combined to form the foundation of one of the most significant cultural phenomena of the late 20th century - Hip-Hop. Rooted in African American culture and experience, the music, fashion, art, and attitude that is Hip-Hop crossed both racial boundaries and international borders.

The Foundations of Hip-Hop Encyclopedia is a general reference work for students, scholars, and virtually anyone interested in Hip-Hop's formative years. In thirty-six entries, it covers the key developments, practices, personalities, and products that mark the history of Hip-Hop from the 1970s through the early '90s. All entries are written by students at Virginia Tech who enthusiastically enrolled in a course on Hip-Hop taught by Dr. Anthony Kwame Harrison, author of Hip Hop Underground, and co-taught by Craig E. Arthur. Because they are students writing about issues and events that took place well before most of them were born, their entries capture the distinct character of young people reflecting back on how a music and culture that has profoundly shaped their lives came to be. Future editions are planned as more students take the class, making this a living, evolving work.

This open book is licensed under a Creative Commons License (CC BY-NC-SA). You can download The Foundations of Hip-Hop Encyclopedia ebook for free in PDF format (1.6 MB).

The Values of Independent Hip-Hop in the Post-Golden Era
Utilizing a mixed-methods approach, this book uncovers the historical trajectory of U.S. independent hip-hop in the post-golden era, seeking to understand its complex relationship to mainstream hip-hop culture and U.S. culture more generally. Christopher Vito analyzes the lyrics of indie hip-hop albums from 2000-2013 to uncover the dominant ideolog...

The Cellular Automaton Interpretation of Quantum Mechanics
This book presents the deterministic view of quantum mechanics developed by Nobel Laureate Gerard 't Hooft.Dissatisfied with the uncomfortable gaps in the way conventional quantum mechanics meshes with the classical world, 't Hooft has revived the old hidden variable ideas, but now in a much more systematic way than usual. In this, quantum mechanic...

The Challenge of Chance
This book presents a multidisciplinary perspective on chance, with contributions from distinguished researchers in the areas of biology, cognitive neuroscience, economics, genetics, general history, law, linguistics, logic, mathematical physics, statistics, theology and philosophy. The individual chapters are bound together by a general introductio...