The Values of Independent Hip-Hop in the Post-Golden Era 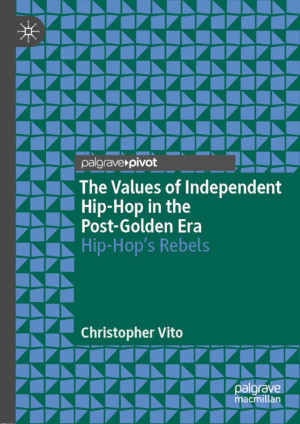 Utilizing a mixed-methods approach, this book uncovers the historical trajectory of U.S. independent hip-hop in the post-golden era, seeking to understand its complex relationship to mainstream hip-hop culture and U.S. culture more generally. Christopher Vito analyzes the lyrics of indie hip-hop albums from 2000-2013 to uncover the dominant ideologies of independent artists regarding race, class, gender, sexual orientation, and social change. These analyses inform interviews with members of the indie hip-hop community to explore the meanings that they associate with the culture today, how technological and media changes impact the boundaries between independent and major, and whether and how this shapes their engagement with oppositional consciousness. Ultimately, this book aims to understand the complex and contradictory cultural politics of independent hip-hop in the contemporary age.

A necessary read for every researcher, historian, scholar and hip-hop fan that seeks to better understand independent hip-hop and aspires to rebel and utilize hip-hop as a tool of resistance. - DJ Kuttin Kandi (DJ, Artist, Organizer and Activist)

Christopher Vito has written an informative and compelling book on independent hip hop that examines how complexities of race, gender, class and sexuality are confronted within the genre. This book illuminates a subculture that is rarely explored, shining a light on independent hip-hop's power to counter mainstream ideology. - Ninochka McTaggart (PhD, Senior Researcher, Geena Davis Institute on Gender in Media, USA)

This open book is licensed under a Creative Commons License (CC BY). You can download The Values of Independent Hip-Hop in the Post-Golden Era ebook for free in PDF format (3.2 MB).

Dynamics of Japan's Trade and Industrial Policy in the Post Rapid Growth Era (1980–2000)
This open book provides an in-depth examination of Japan's policy responses to the economic challenges of the 1980s and '90s. While MITI's earlier role in promoting rapid growth has been addressed in other studies, this volume, based on official records and exhaustive interviews, is the first to examine the aftermath of rapid growth ...