The Globalization of Science Curricula 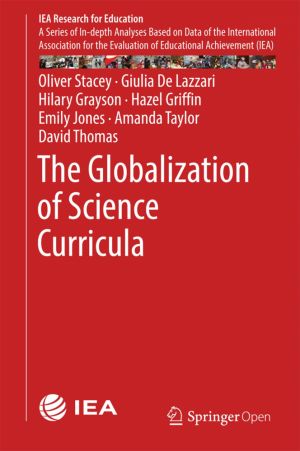 Globalization is a powerful force with far reaching impacts on education and education policy. The growth of large scale international surveys of student achievement and the increasing role played by intergovernmental agencies in education means that the influence that globalization exerts on education is likely to increase even further in the future.This book provides a significant and timely investigation into the impacts that globalization has exerted on science curricula in a diverse range of countries using extensive data sets collected by the IEA between 1995 and 2015. Using a combination of quantitative and qualitative methods, this book considers the extent to which there have been changes to the intended and implemented science curricula in different countries over the last 20 years. Consideration is then given as to whether science curricula are becoming increasingly similar across countries over time. Finally the issue of whether the basis of an international core curriculum can be identified is addressed. Readers will gain a unique insight into the extent to which globalization and large scale international assessments have influenced science curricula in the last 20 years within both the primary and secondary phases.

This open book is licensed under a Creative Commons License (CC BY-NC). You can download The Globalization of Science Curricula ebook for free in PDF format (2.4 MB).

Iberian World Empires and the Globalization of Europe 1415–1668
This book analyses Iberian expansion by using knowledge accumulated in recent years to test some of the most important theories regarding Europe's economic development. Adopting a comparative perspective, it considers the impact of early globalization on Iberian and Western European institutions, social development and political economies. In ...

The Pathologisation of Homosexuality in Fascist Italy
This book investigates the pathologisation of homosexuality during the fascist regime in Italy through an analysis of the case of G., a man with "homosexual tendencies" interned in the Collegno mental health hospital in 1928. No systematic study exists on the possibility that Fascism used internment in an asylum as a tool of repression fo...