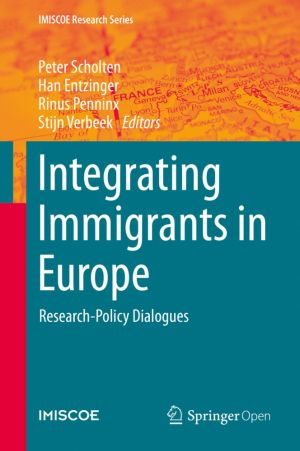 This open book is licensed under a Creative Commons License (CC BY-NC). You can download Integrating Immigrants in Europe ebook for free in PDF format (3.1 MB).

Taxation in European Union
This book provides a comprehensive and systematic overview of the main topics of taxation in European law. The sequence of arguments follows an institutional logic, respecting the academic tradition of tax law. It first outlines the general framework of EU institutions, with a particular focus on the set of regulations regarding taxation with refer...

Migrants with Irregular Status in Europe
This open book explores the conceptual challenges posed by the presence of migrants with irregular immigration status in Europe and the evolving policy responses at European, national and municipal level. It addresses the conceptual and policy issues raised, post-entry, by this particular section of the migrant population. Drawing on evidence from ...

Between Mobility and Migration
This book offers a critical perspective on intra-European mobility and migration by using new empirical data and theoretical discussions. It develops a theoretical and empirical analysis of the consequences of intra-European movement for sending and receiving urban regions in The Netherlands, Sweden, Austria, Turkey, Poland and Czech Republic. The ...