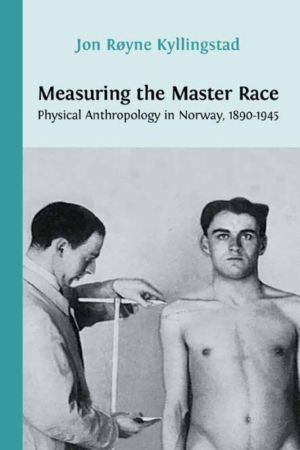 The notion of a superior 'Germanic' or 'Nordic' race was a central theme in Nazi ideology. But it was also a commonly accepted idea in the early twentieth century, an actual scientific concept originating from anthropological research on the physical characteristics of Europeans. The Scandinavian Peninsula was considered to be the historical cradle and the heartland of this 'master race'.

Measuring the Master Race investigates the role played by Scandinavian scholars in inventing this so-called superior race, and discusses how the concept stamped Norwegian physical anthropology, prehistory, national identity and the eugenics movement. It also explores the decline and scientific discrediting of these ideas in the 1930s as they came to be associated with the genetic cleansing of Nazi Germany.

This is the first comprehensive study of Norwegian physical anthropology. Its findings shed new light on current political and scientific debates about race across the globe.

This open book is licensed under a Creative Commons License (CC BY). You can download Measuring the Master Race ebook for free in PDF format (11.0 MB).

Photography in the Third Reich
This lucid and comprehensive collection of essays by an international group of scholars constitutes a photo-historical survey of select photographers who embraced National Socialism during the Third Reich. These photographers developed and implemented physiognomic and ethnographic photography, and, through a Selbstgleichschaltung (a self-co-ordinat...

Measuring the Business Value of Cloud Computing
The importance of demonstrating the value achieved from IT investments is long established in the Computer Science (CS) and Information Systems (IS) literature. However, emerging technologies such as the ever-changing complex area of cloud computing present new challenges and opportunities for demonstrating how IT investments lead to business value...

Rethinking Productivity in Software Engineering
Get the most out of this foundational reference and improve the productivity of your software teams. This book collects the wisdom of the 2017 "Dagstuhl" seminar on productivity in software engineering, a meeting of community leaders, who came together with the goal of rethinking traditional definitions and measures of productivity. The ...